Everton legend Leighton Baines celebrated with club skipper Seamus Coleman on the Goodison Park last week Thursday after survival from the Premier League was confirmed. Ex-Everton left-back Leighton Baines joined the coaching staff at the club shortly after he retired from football a few years back. Baines and Coleman shared a warm embrace on the Goodison Park pitch to celebrate Everton and their survival after a really tough season. 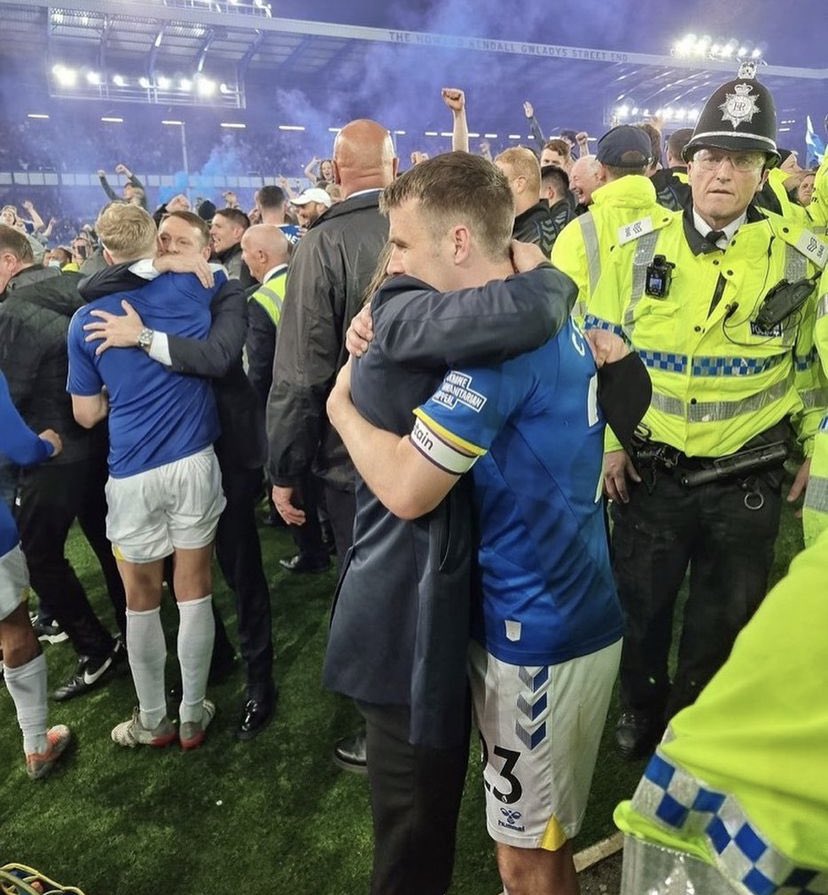 Apart from Leighton Baines, another former Everton player Tim Cahill celebrated the Toffees escaping relegation from the Premier League via his Twitter account as he paid tribute to the fans for standing by the team after a poor season by the club’s standards.

Everton were in the relegation zone for the majority of the season. They started the season and were in the top four during the opening weeks of the season on the back of the appointment of Rafael Benitez as manager at the start of the season. Benitez lost his job after a poor run of results in the league. He was sacked by the Toffees and subsequently replaced by Chelsea legend Frank Lampard who masterminded Premier League safety for the club.

The most important game of the season for Everton turned out to be the Crystal Palace game at home last week. The Eagles had beaten them twice in all competitions before they met and they were looking to make it three wins in the same season. Crystal Palace had earlier beaten Everton in the league at Selhurst Park and it was the same venue that played host to their FA Cup win over the Toffees in the quarterfinals. Crystal Palace were on course to make it three wins in a row when Jean-Philippe Mateta and Andre Ayew scored in the first half for the only for Everton to fightback with  three second half goals through Richarlison, Michael Keane and Dominic Calvert-Lewin.